A Reputation For Success

»  » The federal government recognizes the damaging effects of the Opioid crisis, both personally & financially.

The federal government recognizes the damaging effects of the Opioid crisis, both personally & financially.

A new federal taskforce will target misdeeds of opioid manufacturers and distributors, and the US Department of Justice will back lawsuits brought by local governments against makers of the prescription painkillers at the root of the opioids public health crisis, the attorney general, Jeff Sessions, announced on Tuesday. The announcement comes as the Trump administration ramps up efforts to curb the epidemic, which killed 64,000 people in 2016. The government’s efforts are part of an election campaign promise Trump made to Appalachian states that heavily supported the president and which have borne the brunt of the crisis. Sessions said he would seek “reimbursement” for costs the government incurred as a result of painkiller manufacturers’ allegedly “false, deceptive, and unfair marketing of opioid drugs”. “The hardworking taxpayers of this country deserve to be compensated by any whose illegal activity contributed to these costs,” Sessions said. Sessions said the opioid crisis cost the US an estimated $115bn in 2017, and has cost $1tn since 2001. Over the next three years, the crisis is expected to cost an additional half-trillion dollars, he said. The new Prescription Interdiction and Litigation Unit, or “Pill” taskforce, will target manufacturers who “contributed” to the epidemic. The taskforce aims, in part, to “bring down the number of opioid prescriptions”, Sessions said. “We think there are just too many.” Sessions also announced the department would issue “party of interest” statements in lawsuits filed against manufacturers. 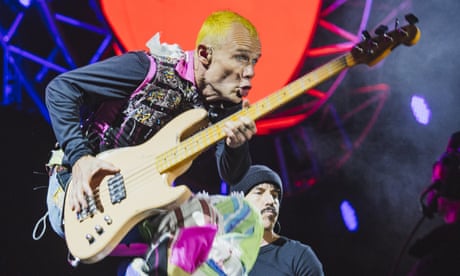 To date, 14 state attorneys general have filed lawsuits against drug manufacturers, and more are expected, and 41 are investigating the firms. Separately, in Ohio, a federal judge is presiding over a multi-district group of lawsuits brought by many US cities and counties against leading pharmaceutical companies and distributors at the heart of the opioid painkiller trade. Drug overdoses killed 64,000 Americans in 2016. The death toll is expected to continue to rise. At the figure’s peak in 2010, researchers found there were 81 prescriptions for the powerful narcotic painkillers issued for every 100 people in the United States. Drug manufacturers are largely blamed for kicking off the opioid crisis in the early 2000s with marketing campaigns that encouraged family doctors to make widespread use of the drugs. Public health researchers believe marketing of those pills and, later, attempts to begin scaling them back spurred demand for heroinand fentanyl. Ohio’s attorney general, Mike DeWine, on Tuesday called the statement of interest filing from the Department of Justice “a game changer” and “very, very significant”. “The facts are that about 20 years ago, drug manufacturers decided that they wanted a much bigger market,” said DeWine. Drug companies, he added, “went to primary care physicians … to convince them that these were wonder drugs and told them at the time that these drugs were ‘not very addictive’. “We know these are very addictive and yet these drug companies continued to do this.” The pharmaceutical industry is considered one of the most powerful lobbies in Washington DC and has spent $3.7bn since 1998 trying to sway members of Congress. It has largely been successful. An April 2016 law is blamed for neutering the US Drug Enforcement Agency’s ability to pursue drug distributors, and political efforts to rein in drug prices have also failed. Sessions himself has made controversial comments about opioid prescribing, telling an audience in Tampa earlier this month that “people need to take some aspirin sometimes”, and he has claimed marijuana fueled the drug overdose epidemic.